MARKÉTA IRGLOVÁ, one of the most remarkable Czech recording artists of our time, is coming to the UK this March for gigs in London and Liverpool.

The Academy Award-winning singer/composer/performer will be playing at Bush Hall, Shepherds Bush, London on Thursday 19 March.

She will then headline the Liverpool Acoustic Festival at the Unity Theatre on Saturday 21 March.

The UK gigs are part of her world tour promoting her second solo album ‘Muna‘, which was released in September 2014, and features an intensely spiritual soundworld encompassing everything from hymn-like choral passages, chiming bells and organ to meditative piano and hypnotic percussion. 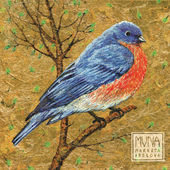 Irglová, who originally hails from the Moravian town of Valašské Meziříčí and now lives in Iceland, has already received glowing reviews for recent live concerts.

Read a review of her October gig in Toronto with her band The Swell Season here.

Click here to buy tickets for her London and Liverpool gigs.